There Be Monsters with Dylan James Quarles

Join Orca Books Co-op in conversation with author of There Be Monsters, Dylan Quarels!

Born and raised in the Pacific Northwest, Dylan spent most of his youth involved in various creative projects.

With a passion for films, music and writing, he had the honor of being featured in the Port Townsend Film Festival for his short film "La Niut Des Vampires".

After high school, Dylan attended The Evergreen State College in Olympia where he directed two more films, "Resurrected", and "House On The Borderland".

Graduating a year early with a BA in film, he moved to South Korea to teach English. Deeply impacted by the experience, he returned to the States a much different person than when he left.

Shortly thereafter, work began on The Ruins Of Mars Trilogy and the next chapter of Dylan's life opened wide. Now a 2021 BIBA® Winner for his 5th novel, There Be Monsters, Dylan continues to write, travel, and busy himself with creative projects.

In There Be Monsters, the year is 1520. Jonah Munday and his crew of adventurers set sail for the New World on a quest to find a mysterious island and a lost city of gold. Unbeknownst to them, government scientists in the year 1985 are about to conduct an outlandish experiment which will tear the fabric of space-time and unleash unspeakable terrors upon Jonah and his crew.

In the ensuing fallout, survivors, both past and future, must face the monsters of their own making in a battle to undo the damage of the experiment and set right what once went wrong. 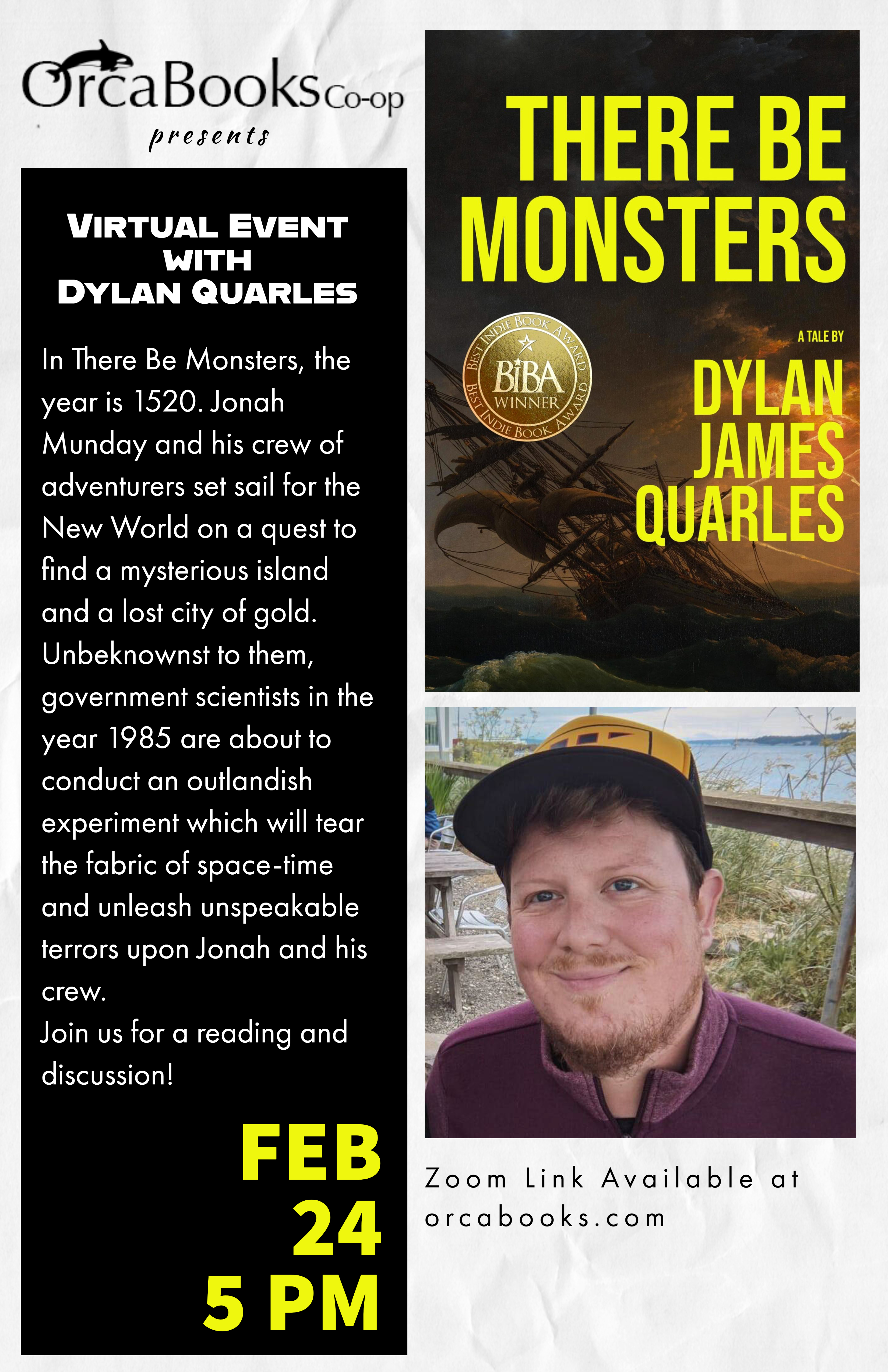