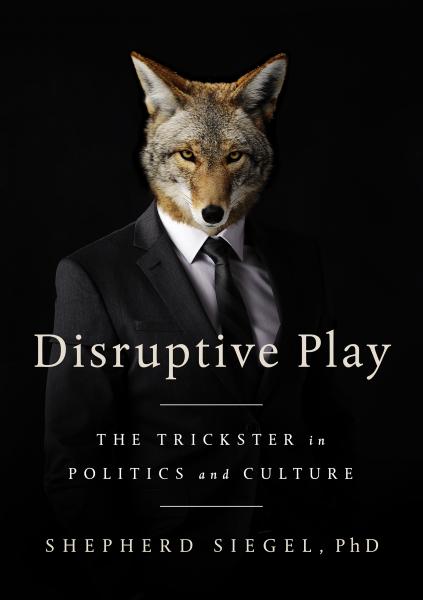 Join us for an evening with Seattle author Shepherd Siegel, PhD as he presents on his new book Disruptive Play: The Trickster in Politics and Culture.

Disruptive Play: The Trickster in Politics and Culture journeys from ancient folkloric appearances of Tricksters such as Raven and Èṣù-Elegba, to their confined role in Western civilization, and then on to Trickster’s 20th century jailbreak as led by dada and the hippies. Disruptive Play bears witness to how this spirit informs social progress today, whether by Anonymous, Banksy, Bugs Bunny, or unrevealed mischief-makers and culture jammers. Such play is revolutionary and lights the path to a transformed society.

“A historically panoramic examination of human playfulness as a naturally healthy and politically subversive force.... Siegel’s thesis is philosophically provocative and original.... combines intellectual rigor with a bracing optimism—he believes the history of disruptive playfulness provides empirical reasons to believe in its sociopolitical power. —Kirkus Reviews

Dr. Shepherd Siegel is a writer, a rock and jazz musician, and educator, earning degrees at UC Santa Cruz and San Francisco State University, and his doctorate at UC Berkeley. He has over thirty publications, including Career Ladders, and has won numerous awards. He led Career and Technical Education for Seattle Public Schools for sixteen years. He returned to his countercultural roots to write Disruptive Play and spread its message of playfulness and progressive change.

Disruptive Play: The Trickster in Politics and Culture (Paperback)