Screening of Free Angela and All Political Prisoners at 115 Legion

Come to 115 Legion for a celebration Angela Davis's 76th Birthday! We'll be down at 115 Legion for a special screening of the documentary Free Angela and All Political Prisoners. There will be books for sale, and a donation box for Books to Prisoners! Entry is $5--proceeds go to Media Island Women of Color Leadership Movement.

Free Angela and All Political Prisoners (2012)

A documentary that chronicles the life of young college professor Angela Davis, and how her social activism implicates her in a botched kidnapping attempt that ends with a shootout, four dead, and her name on the FBI's 10 most wanted list. 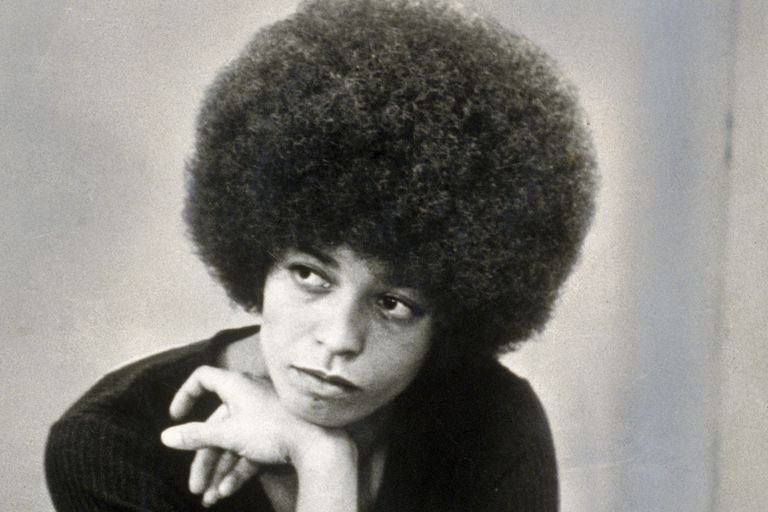 Angela Davis, in full Angela Yvonne Davis, (born Jan. 26, 1944, Birmingham, Ala., U.S.), militant American black activist who gained an international reputation during her imprisonment and trial on conspiracy charges in 1970–72.

The daughter of Alabama schoolteachers, Davis studied at home and abroad (1961–67) before becoming a doctoral candidate at the University of California, San Diego, under the Marxist professor Herbert Marcuse. Because of her political opinions and despite an excellent record as an instructor at the university’s Los Angeles campus, the California Board of Regents in 1970 refused to renew her appointment as lecturer in philosophy. In 1991, however, Davis became a professor in the field of the history of consciousness at the University of California, Santa Cruz. In 1995, amid much controversy, she was appointed a presidential chair. She became professor emerita in 2008.

Championing the cause of black prisoners in the 1960s and ’70s, Davis grew particularly attached to a young revolutionary, George Jackson, one of the so-called Soledad Brothers (after Soledad Prison). Jackson’s brother Jonathan was among the four persons killed—including the trial judge—in an abortive escape and kidnapping attempt from the Hall of Justice in Marin county, California (Aug. 7, 1970). Suspected of complicity, Davis was sought for arrest and became one of the Federal Bureau of Investigation’s most wanted criminals. Arrested in New York City in October 1970, she was returned to California to face charges of kidnapping, murder, and conspiracy; she was acquitted of all charges by an all-white jury.