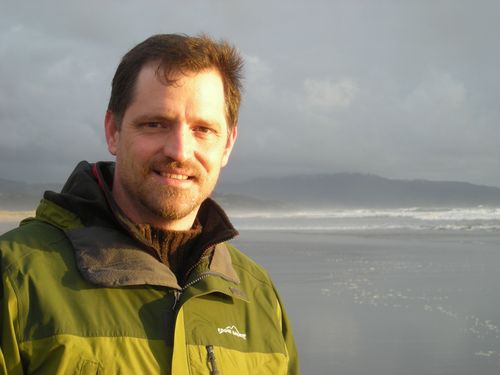 Orca Books is thrilled to welcome beloved Northwest author Ned Hayes to the store on this July evening.  Ned is the author of, among other books, the novels Sinful Folk and Coeur D'Alene Waters. “In the end, I listen to my fear. It keeps me awake, resounding through the frantic beating in my breast. It is there in the dry terror in my throat, in the pricking of the rats’ nervous feet in the darkness. Christian has not come home all the night long. I know, for I have lain in this darkness for hours now with my eyes stretched wide, yearning for my son’s return. On this night, I tell myself that the sound I hear is frost cracking, river ice breaking. I lie to my own heart, as one lies to a frightened child, one who can not be saved. All the  while, I know it is a fire. And I know how near it is.”

So begins the enthralling mystery of Sinful Folk, already hailed as “A pilgrim tale worthy of Chaucer, evocative, compelling and peopled with unforgettable characters artfully delivered by a master storyteller” (Brenda Vantrease, bestselling author of The Illuminator and The Mercy Seller).

COEUR D’ALENE WATERS is a masterly novel about Coeur D’Alene, ID, a place where people like Neo-Nazis, corrupt politicians, and mining men with buried secrets, go to hide. In 1972, ninety-one men were killed in a mining ”accident” sparked by a fire lit nearly a mile underground: the mystery was never solved. After the rest escaped, only three miners survived underground.

More than twenty years later, Matt Worthson is a sheriff’s lieutenant and the disgraced son of mining hero and Sunshine Mine survivor Stanley Worthson. Matt expects to finish out his years on the force in quiet ignominy. But when the gruesomely dismembered body of a police chaplain is found at the swanky Coeur d’Alene Resort, Matt is tapped to find the murderer.

As Matt investigates the murder of his friend, he finds himself digging deep into the labyrinth of lies that seeps beneath the Coeur d’Alene region, including the Sunshine Mine disaster, and the truth behind his own broken family.

Join us and meet one of the Northwest's fastest rising literary stars!

Sinful Folk: A Novel of the Middle Ages (Paperback)