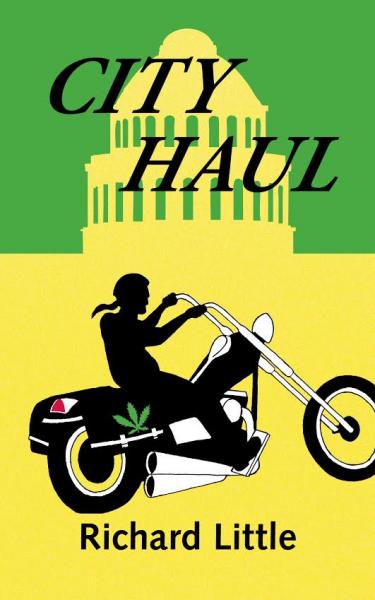 Join us for an evening with Washington State author Richard Little.

About the book - City Haul

Attorney Matt Archer's new client is an outlaw biker busted for smuggling drugs across the Canadian border. Defending his client caught dead-to-rights will be tough enough. Complicating matters are a sexy state legislator, a pot-smoking local judge, and a sheriff with a chip on his shoulder. Welcome to small-town politics in Salish County … and a guy trying to repair a marriage and be the kind of dad he wants to be for his savvy ten-year-old daughter.

An outlaw biker, a sexy state legislator, and a pot-smoking local judge–a plateful of predicaments face attorney Matt Archer. Small town politics, legislative shenanigans, and bad bikers with no sense of humor keep Matt on his toes … as does his savvy ten-year-old daughter. "Hilarious," "eclectic characters," and "a rollicking good read" are among the comments on the book. ("Sex, drugs, and violence, and you want MY help?" asked Mick the cop.)

Retired attorney and lobbyist Richard Little lives and writes in the Pacific Northwest. His work has been published in the Seattle Times, the Seattle Post-Intelligencer, the Santa Fe Writers Project, Cirque Literary Journal, Clover, A Literary Rag, and a Red Wheelbarrow Writers anthology So Much Depends Upon...
City Haul is Mr. Little's third book. He has also published two collections of short stories, Postcards from the Road and Jakey's Fork - A River's Journey.