My View From the Back of the Bus with Merritt D. Long 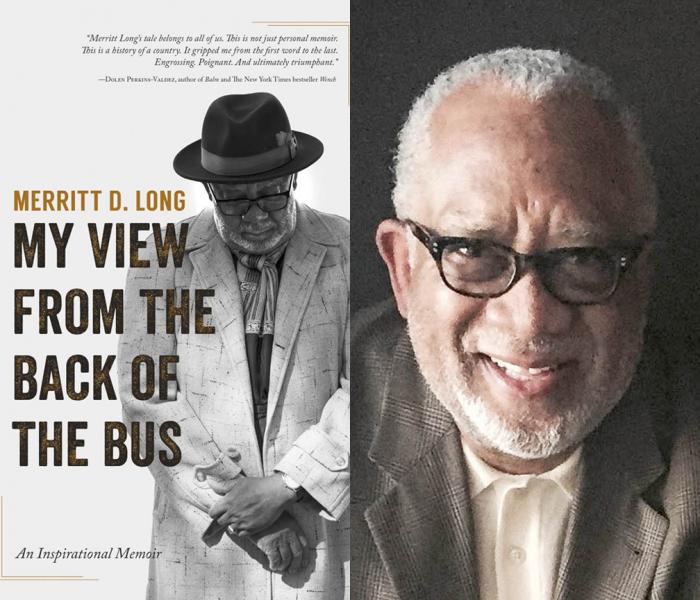 Orca Books is jazzed to announce that we're having Olympian author Merritt D. Long for a virtual event focusing on his new hit memoir My View From the Back of the Bus. The event will be on April 8th at 5:00pm at https://meet.jit.si/orcabooksevents

Through his lens as a “colored” child, “Negro” teenager, “Black” young  man, and finally successful African American state official, this book reveals how Merritt D. Long was shaped by – and helped to shape – American history.

Jim Crow laws, segregation, and the civil rights movement are the backdrop to Long’s childhood and youth in Alabama in the 1950’s and 1960’s. As a child, the color of Long’s skin dictated what doors he could walk through, where he could sit on the bus, where he could eat, and what water fountains he could use.

But like many other southern Black people, the powerful pride of his family and community steeled him against the incessant insults of racism. And, the civil rights movement helped fuel his determination to become an educated, successful professional.

Along the way, including a Morehouse College education in Atlanta, he met and was inspired by Muhammed Ali, Rosa Parks, and Julian Bond.

But even at the pinnacle of his professional success as the head of several major state agencies, he continued to experience racist reactions to his authority and leadership.

His journey led him to become a widely admired community leader, a loving husband and father, and a mentor and benefactor to the next generation of young people who struggle to overcome economic hardship and the still-present barriers of entrenched, systemic racism.

Merritt grew up in the segregated South in the 1950’s and 60’s.  He experienced the Jim Crow laws, the “colored” drinking fountains, the segregated schools with hand-me-down books for the Black schools, riding in the back of the bus.

Merritt’s private sector experience includes serving on the boards of two banks:  As Founding Director for Thurston First Bank in Olympia, and as Vice-Chair of the UniBank Board of Directors, based in Lynnwood.  He also worked as a consultant for Pfizer and two other companies.

Merritt and Marsha started the Learning Seed Foundation in 2001 which is a component fund of The Community Foundation of South Puget Sound, and has awarded $447,750 in new and renewable scholarships to 109 students from Thurston and Pierce counties.