My Unforgotten Seattle with Ron Chew 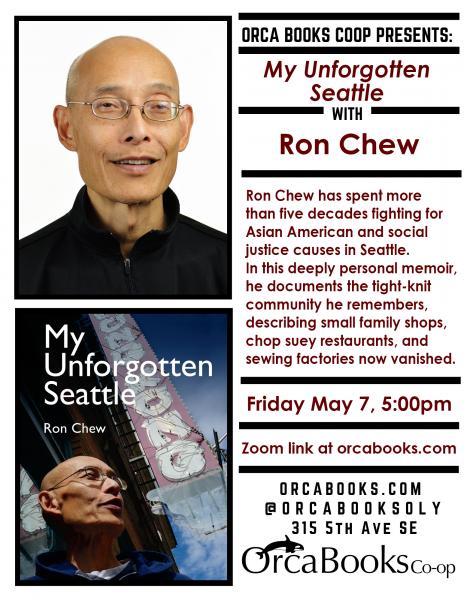 Join Orca Books Co-op and Seattle author Ron Chew on Friday, May 7th at 5:00pm for a virtual reading and discussion on Chew’s new work, My Unforgotten Seattle.

Ron Chew served as editor of the International Examiner and as executive director of the Wing Luke Museum of the Asian Pacific American Experience. His books include Reflections of Seattle’s Chinese Americans: The First 100 Years and Remembering Silme Domingo and Gene Viernes: The Legacy of Filipino American Labor Activism.