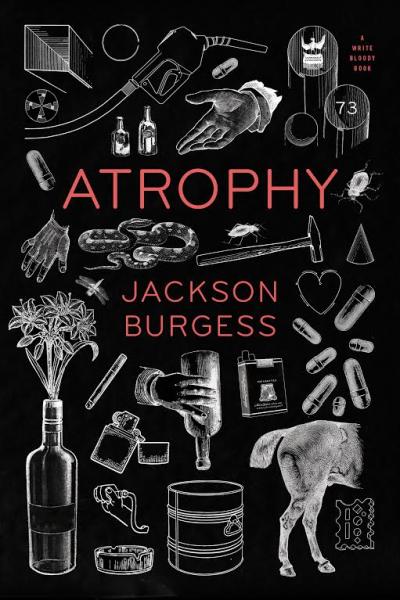 Join us for an evening with poet Jackson Burgess along with special musical guests.

"Jackson Burgess is the most dazzling, urgently urban and unfailingly inventive young chronicler of lost highways and avenues of broken dreams since the early poems of Denis Johnson and the ballads of Tom Waits." -David St. John

Jackson Burgess is the author of Atrophy (Write Bloody Publishing, 2018) and the chapbook Pocket Full of Glass (Tebot Bach, 2017). He received his dual MFA in Poetry and Fiction from the Iowa Writers' Workshop and his BA from the University of Southern California. Jackson is a nationally touring poet whose writing explores loneliness, love, empathy, substance abuse, and depression. He has had poems published in The Los Angeles Review, The Cincinnati Review, Rattle, Colorado Review, The Boiler Journal, Hobart, and elsewhere. His short stories have appeared in Cimarron Review, The Adroit Journal, and Tin House Flash Fridays, among others. As a workshop leader and college instructor, Jackson has taught at the University of Iowa, at Los Angeles Southwest College, and with homeless residents at the Cardinal Manning Center on Skid Row.

Mortimer is the solo project of Skyler Garn, a graduate of USC's Contemporary Music Program. He has studied under Ndugu Chanceler (drummer for Michael Jackson) and Rodney Sheppard (guitarist of Sugar Ray). Skyler has played on the same bill as The Used, Suicidal Tendencies, and Poolside. As Mortimer, Skyler performs high-energy yet introspective songs that combine classic rock roots with synth pop and indie rock.

Jessie Branch is the vocalist, songwriter and guitarist for the Olympia-based band Erina. Her music centers around ethereal yet powerful vocals, and explores themes relating to life, death, love, and dreams. Erina's self-titled debut album topped the charts on Pacific Northwest radio stations and received worldwide acclaim. Her music will tug at your heartstrings and make you want to dance in the same breath.