Search Here to Order a New Book (Through Our Distributor, Not Indicative of In Store Stock!)

Join us in store Sunday, January 8th, 2023 at 5:00PM for a special Author Talk with St. Martin's University Professor of Anthropology David H. Price and his new book THE AMERICAN SURVIELLANCE STATE: How The US Spies on Dissent (out now from Pluto Press)!

There will be a short talk (perhaps) and then a Q&A!

Owning a copy of the book isn't required, but we'd all sure love it if you bought one from us! It's available in store and on our website now!

The American Surveillance State uncovers patterns of FBI
monitoring and harassing of activists and public figures,
providing the vital means for us to understanding how these
new frightening surveillance operations are weaponized by
powerful governmental agencies that remain largely shrouded
in secrecy. David Price pulls back the curtain to reveal how
the FBI and other government agencies have always
functioned as the secret police of American capitalism up to
today, where they luxuriate in a near-limitless NSA
surveillance of all. Price reveals a roster of campaigns by law
enforcement, intelligence agencies and corporations to
understand how we got here. Starting with J. Edgar Hoover
and the early FBI's alignment with business, his access to
15,000 pages of never-before-seen FBI files shines a light on
the surveillance of Edward Said, Andre Gunder Frank and
Alexander Cockburn, Native American communists and
progressive factory owners.

David Price is a Professor of Anthropology at St. Martin’s
University in Lacey, Washington. He has conducted cultural
anthropological and archaeological fieldwork and research in
the United States, Palestine, Egypt and Yemen. He received
his Ph.D. in anthropology from the University of Florida, in
1993. He wrote a three-volume series of books using over
60,000 pages of documents released under the Freedom of
Information Act and archival sources to examine American
anthropologists’ interactions with intelligence agencies:
Threatening Anthropology (2004, Duke), examines McCarthyism’s
effects on anthropologists; Anthropological Intelligence: The Use
and Neglect of American Anthropology in the Second World War
(2008, Duke), documents anthropological contributions to the
Second World War, and his Cold War Anthropology: The CIA,
the Pentagon, and the Rise of Dual Use Anthropology (Duke, 2016),
examines interactions between military and intelligence
agencies during the Cold War. His book Weaponizing
Anthropology: Social Science in Service of the Militarized State (2011,
CounterPunch Books), critically evaluates U.S. military and
intelligence agencies efforts to harness anthropology during
the post 9/11 terror wars. He has written for CounterPunch for
more than two decades.

The American Surveillance State: How the U.S. Spies on Dissent (Paperback) 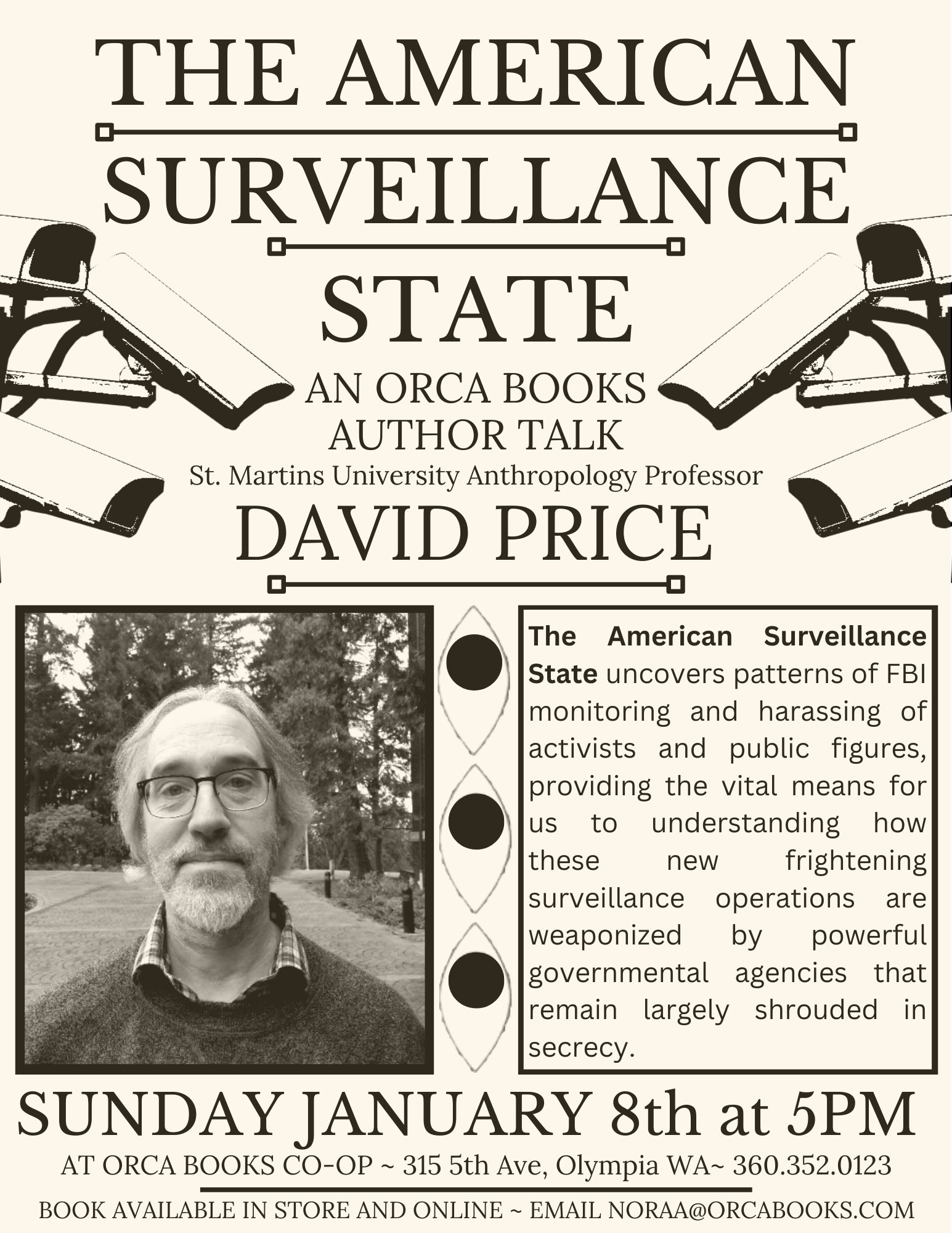